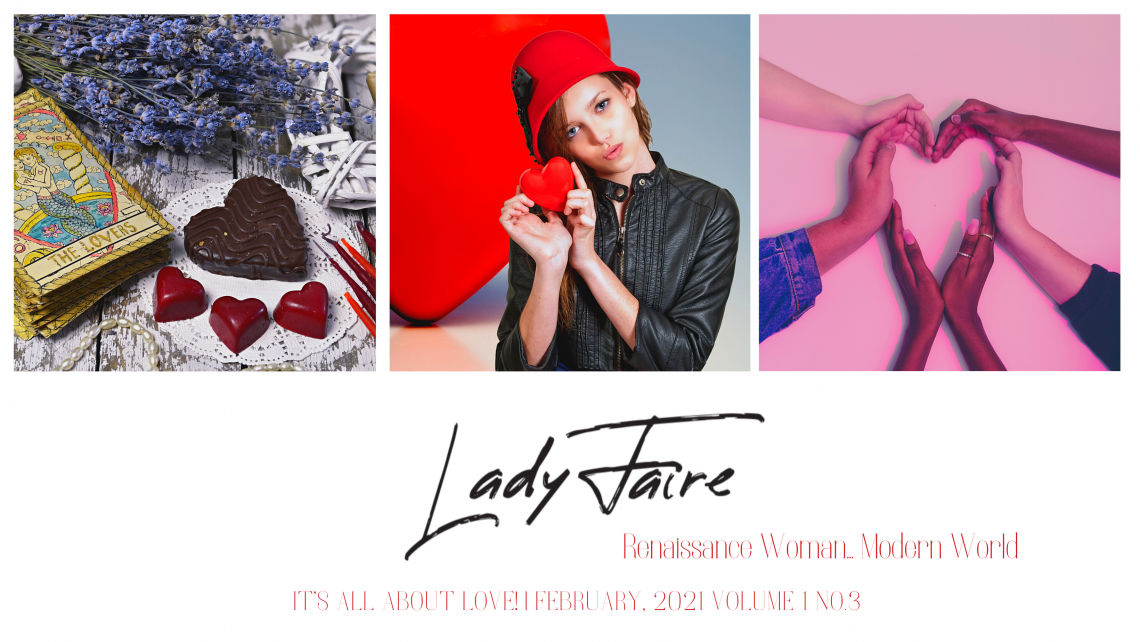 Many of us who love the Renaissance Festival and the history that it’s loosely planted in observe traditions that trace back to the early days of Christian European and English rituals. We may have trees strung with ornaments of the Twelve Days, or perhaps we indulge in a baked Yule Log. Mercifully, the tradition of whipping children in their beds on Christmas morning has fallen by the wayside. Read to discover where many of our traditions originate, and make a pot of warm, delicious wassail with the recipe included!

Ask the average American or Brit about a traditional Christmas, and they will extol the beauty of the Christmas tree, the excitement of anticipating presents on Christmas eve or day, the delicious turkey and all the trimmings, the fun of pulling crackers, and a visit from Santa Claus/Father Christmas. Most will not know that this image of Christmas is a largely Victorian invention, helped along in no small part by Charles Dickens’ A Christmas Carol , Clement Moore’s “A Visit from St. Nicholas”, and later, inexplicably, the Coca-Cola company.

Until the 4th century, Christmas (the Christ Mass) could be observed any time from January to September. Pope Julius I fixed December 25 as the actual date of Jesus’ birth, which allowed the Church to incorporate those feast days and celebrations already a part of the community.

The whole of Christmastide (Christmas, St. Stephen’s Day, the Feast of the Holy Innocents, Epiphany) centered around Christian religious observance, but evidence of earlier pagan celebrations could be seen in different cultural traditions. Early Christians used holly wreaths as part of their observance of Christmas, as they could be seen as a part of Saturnalia celebrations, thus allowing the Christians to avoid persecution. Mistletoe and ivy were also utilized, as Christians sought to put their own spin on decorations which had been sacred to earlier religions. The Yule Log, which takes its name from Old Norse jól, would be burned during the whole of the 12 days of Christmas, which stretch from Christmas until the Feast of the Epiphany. It was considered good luck for it to last the entirety of the season, so large logs were selected and decorated.

Floral decorations were not the only thing to make the transition from pagan to Christian celebrations. The emphasis on food, during a time when animals which were not going to be kept over the winter could be slaughtered and the recent harvest meant food was abundantly available, also carried over from Saturnalia and the like. In 1213, King John feasted on one order of 200 head of pork; 1,000 chickens. 24 hogshead of wine, 500 pounds of wax, 2 pounds of saffron, 100 pounds of almonds, and 50 pounds of pepper, and an additional 10,000 salted eels. Even the lower classes had food as a part of their celebrations, with a report of a Somerset shepherd who received a loaf of bread and dish of meat, while his dog would get its own loaf. Tenants living at the same manor received two loaves of bread, a dish of beef and of bacon with mustard, one chicken, cheese, fuel for cooking, and as much beer as they could drink during the day.

The Tudors built upon these earlier traditions and changed it in ways which influence our celebrations to this day. Advent (the 4 weeks before Christmas) was a time of fasting, so once Christmas came they were primed for feasting. It is during this time we begin to have mince pies, which were known as Christmas pies. The mince meat which gave them their name was often mutton, in honor of the shepherds who visited Jesus. Spices and sugar, the result of world exploration, gave them their flavor, and 13 ingredients were used to symbolize Christ and the 12 apostles. Turkeys first came in 1526, during Henry VIII’s reign, but instead of being roasted singly, they were stuffed with a goose which had been stuffed with a chicken which had been stuffed with a partridge which was stuffed with a pigeon – a Tudor Turducken! That was not the most popular Christmas dish – that would be the boar’s head, which was such an integral  part of the festivities that it warranted its own songs, including that hit of 1521, “The Boar’s Head Carol”.

December 26th saw St. Stephen’s day being celebrated. St. Stephen, the first recognized martyr of the Church. It is probably best known today as a lyric in “Good King Wenceslas”, but that song wasn’t written until 1853, although the music dates back to the 14th century. December 28th, the Feast of the Holy Innocents, memorialized those infants slaughtered by King Herod as he tried to eliminate what he saw as the political threat of a messiah. Pity the poor children of the medieval and renaissance eras in Europe – the day began with them being whipped in bed in the morning, which continued through the 17th century.  Until Henry VIII did away with it, this was also when many cathedrals celebrated the Feast of Fools, when children were in charge and a choirboy would often be elected to serve as a stand-in for the bishop for the duration of the celebration.

Gifts were often exchanged on New Year’s Day, with Henry VIII famously refusing a gold cup given by his then-wife Catherine of Aragon but accepting a gift of spears from Anne Boleyn in 1532. While the new year technically began on March 25th, they held onto the older Roman start of a new year and celebrated on January 1st.

Caroling itself had its beginnings during Tudor times, with the tradition of wassailing being a part of the observance of Epiphany, or Twelfth Night. The twelve days of Christmas were not, as is popularly believed, the 12 days before Christmas, but the time between Christmas and Epiphany, which was recognized as the time of the arrival of the three wise men. Work was put aside, and games and entertainments became the order of the day. The Kings’ Cake tradition ,which is now often observed as part of Mardi Gras and Shrove Tuesday, began in the festivities associated with Epiphany. A bean for the king, and a pea for the queen, were put in a plum cake, and those who won the honor of being king and queen of Epiphany would reign over the night’s revelry. In the 17th century, poet Robert Herrick penned “Twelfe Night” –

Now, now the mirth comes, With the cake full of plums, Where Bean’s the king of the sport here;

Besides we must know, The pea also Must revel, as queen, in the court here.

Begin then to choose, This night as ye use, Who shall for the present delight here,

Be a king by the lot, And who shall not Be Twelfth-day queen for the night here.

Which known, let us make Joy-sops with the cake; and let not a man then be seen here,

Who, unurg’d, will not drink, To the base from the brink, A health to the king and queen here.

Next crown the bowl full With the gentle lamb’s-wool Add sugar, nutmeg, and ginger,

With store of ale too; And thus ye must do To make the wassail a swinger.

Give then to the king And queen wassailing; And, though with ale ye be wet here,

Yet part ye from hence As free from offense, As when ye innocent met here.

Wassail itself is believed to come from an Anglo-Saxon toast “waes hael! ” – meaning “be well” or “to your health!”. Going from door to door, groups of people would sing and expect a bit of liquid refreshment in return.  In some parts of England, it was a time to bless orchards and fruit trees, although drinking was still a part of the event. A large bowl of punch would be shared, and featured a piece of bread at the bottom, for the guest of honor: thus, a toast. The delicious spiced punch has come down in various forms; here is one version for your holiday enjoyment from The Country Inn and Bed & Breakfast Cookbook by Kitty and Lucian Maynard, featured on the website The Spruce Eats:

Steps to Make It

Heat gently on the stove and serve warm.

This drink is perfect for a party and it can be served like punch and also sends wonderful, spicy aromas throughout the house.

Fresh non-alcoholic apple cider from a local apple orchard or cider mill is best, but you can substitute with store-bought ciders available year-round as well.

Oranges studded with cloves are also known as pomanders, which are a winter holiday favorite. They are not only used in a variety of holiday and winter cocktails, but they have a history of being used as winter home decor and natural seasonal air fresheners.

This wassail recipe can also be made in a slow cooker to keep you and your stove free during holiday dinner parties. Simply set your slow cooker on low or warm to keep the wassail aromatic and ready to serve all night.

With the political reign of the Puritans, the celebration of Christmas in English was abolished, with actual punishment doled out to those who dared to observe earlier festivities, until 1660. Great Britain, and eventually the United States, would have to wait until the mid-19th century to see what we would now consider a traditional Christmas.

Ed. Note: We love https://www.thespruceeats.com/ for all things cooking. It has beautiful holiday suggestions!

Christine Boyett Barr is an award winning journalist and English instructor, teaching middle school and college English.In addition to her pedagogical pursuits, she hosts movie events for the Alamo Drafthouse Cinema and portrays Catherine of Aragon at the Texas Renaissance Festival. She is the mother of four, and is owned by two cats.

How are you celebrating love 💕 on this last day of February? We hope you’re replenishing your heart and finding ways to love others, whether animals, Earth, or people of all stripes, colors, and creeds. Article link in bio.
Good Day, magical sunbeams! Did you know LadyFaire Living now has a weekly newsletter? And more good news - anyone who is subscribed to either the newsletter, the magazine (or both!) is entered to win a set of ‘Hairrows’, made by the incomparably badass @archeressmakoa. Feel beautiful while you take aim at your own personal bullseye 🎯 follow the #linkinbio to check out February’s issue and hit all those subscribe buttons ✨#ontarget #renaissancewoman
Congrats to Kim of @shewentleft for winning the $10 gift card for Saorsa Studios by Connie Cooper! We took a hot minute to check out her blog, it’s great. Kim is doing meaningful work, speaking about her truth and sharing the truths of others. Check her out! Happiest Huzzah!
How gorgeous is Lily? We did a story on her, and we secretly have a crush. Be inspired by her joyful RenFest life, full of art and performance. Link in bio. 🧜🏼‍♀️🦜🎨 @lilystrations.
We’re in awe of @saorsa_studios jewelry! We’ll be giving away a $10 gift certificate toward one of her amazing creations. Subscribe to our online magazine, link in bio, for the Feb. 21 drawing!
Rough weekend? Stuck in a cold apartment by yourself? Misery loves company AND good music. Featuring classic pop, American standards, and contemporary singer/songwriters like Amy Winehouse, The National, and Nina Simone. Links in bio. #music #spotify #applemusic #renaissance #renaissancefestival #brokenheart #iwillsurvive #womensmagazine